Little Shop of Horrors is an outrageous musical comedy about a singing plant, a daring hero, a sweet girl and a demented dentist.

Seymour Krelborn is a meek assistant in a floral shop who happens upon a strange plant, which he affectionately names “Audrey II” after his crush at the shop.  Little does he know that this strange plant will develop a soulful R&B voice, a potty mouth, and an unquenchable thirst for blood.

Hanford Drama has been fortunate to be able to have a special guest from New York City come join the cast and will be performing at each show.  The plant “Audrey II” has traveled all the way from Character translation, a company that specializes in the creation and production of custom puppets.  Character Translation was commissioned by Musical Theatre International to custom build Audrey II.

The story takes place in a flower in urban Skid Row. Seymour harbors a crush on fellow co-worker Audrey Fulquard, and is berated by the floral shop owner Mr. Mushnik daily. One day as Seymour is seeking a new mysterious plant, he finds a unidentified plant which he calls Audrey II.

The Character of Audrey II is described as being “an anthropomorphic cross between a venus flytrap and a avocado.”  The plant grows throughout the show as it’s fed human blood. It starts out as a hand puppet and then eventually is large enough to hide a person inside. There are four plants (puppets) ranging in size from 7 x 7 x 10 inches to the largest plant that is 78 x 48 x 43 inches and weighs several hundred pounds. 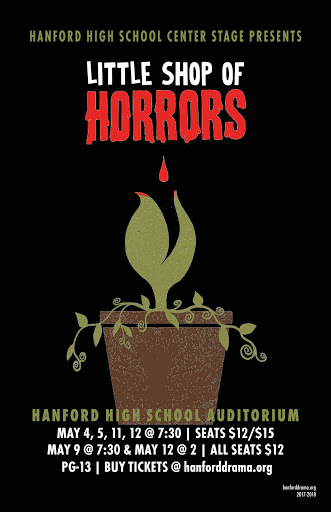 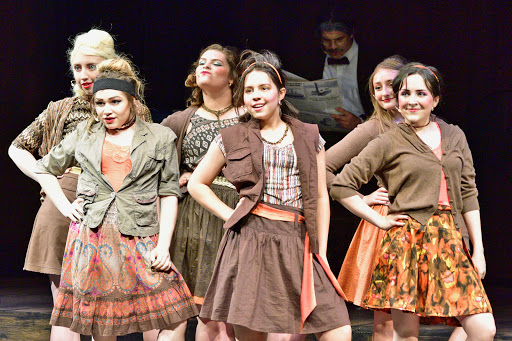 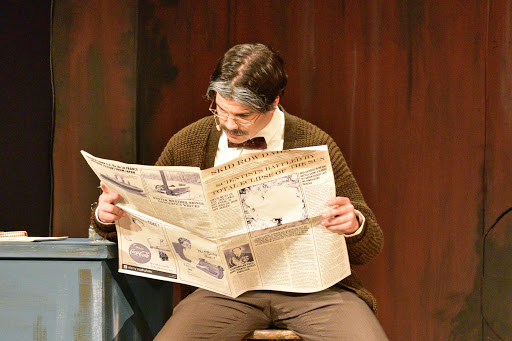 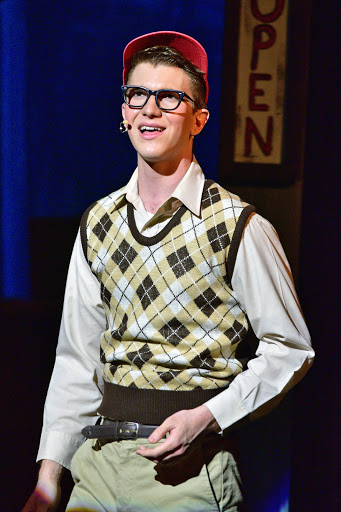 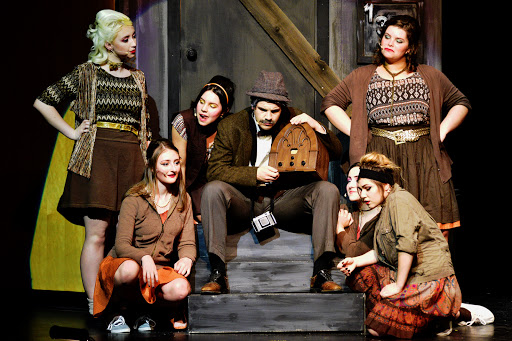 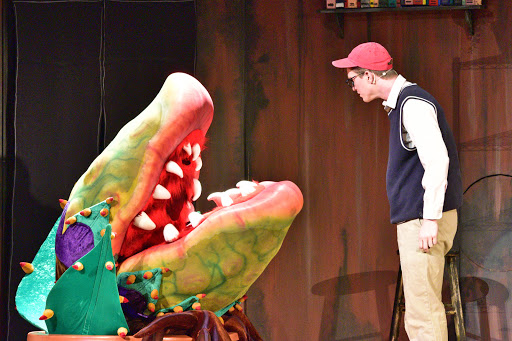 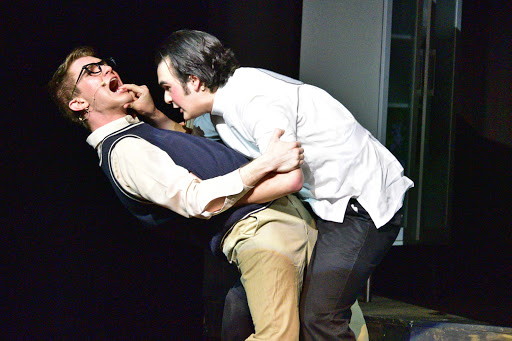 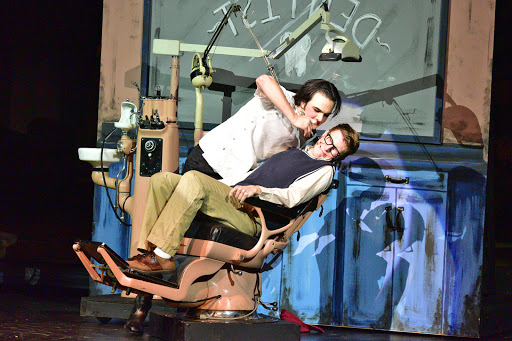 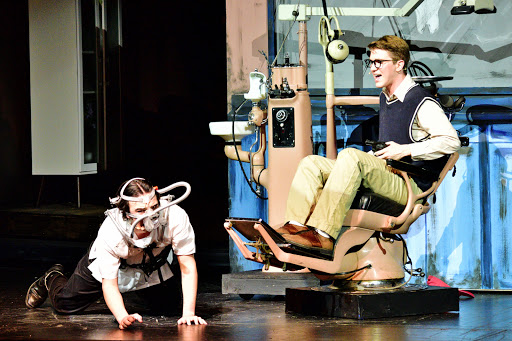 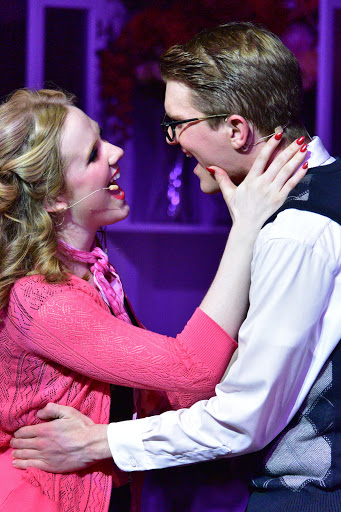 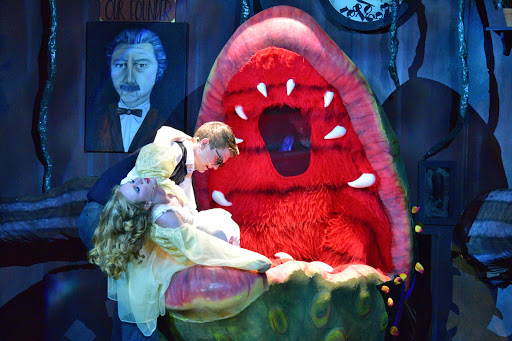 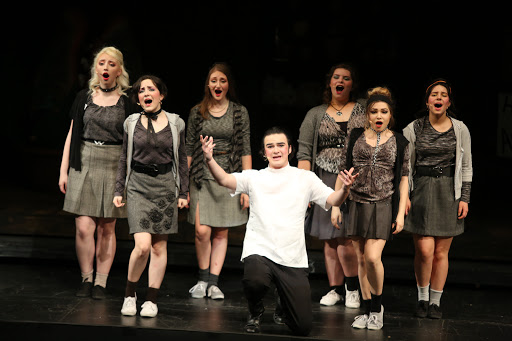 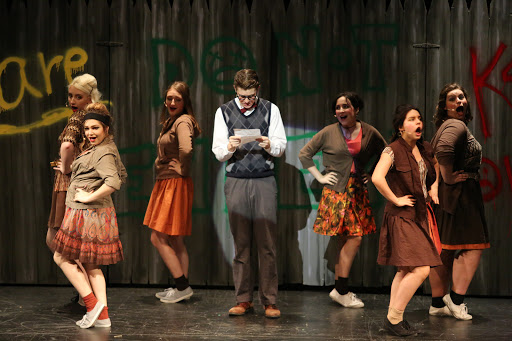 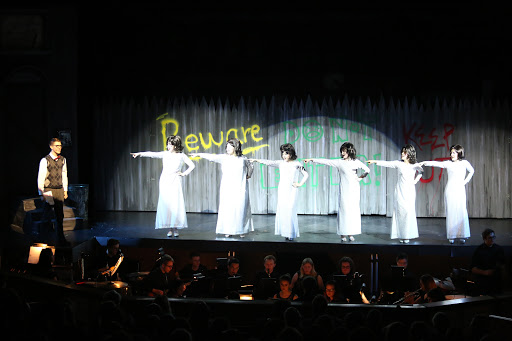 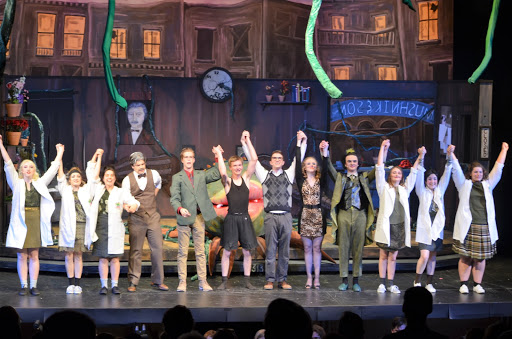