Curtains is a musical comedy whodunit from the creators of Cabaret and Chicago, which takes place in Boston in 1959.  The leading lady, Jessica Cranshaw, has been killed in the closing moments of a Broadway bound musical and the detective (Lieutenant Frank Cioffi) assigned to the case is determined to solve the murder. He also happens to be just as determined to solve the numerous problems of the production: a dead leading lady, bad reviews, and a lackluster song and dance number.  Will he uncover who murdered the star before the killer can strike again and fix the show before the final curtain comes down?  There are several suspects who could have committed the murder. Come see the show and figure out who has done it. 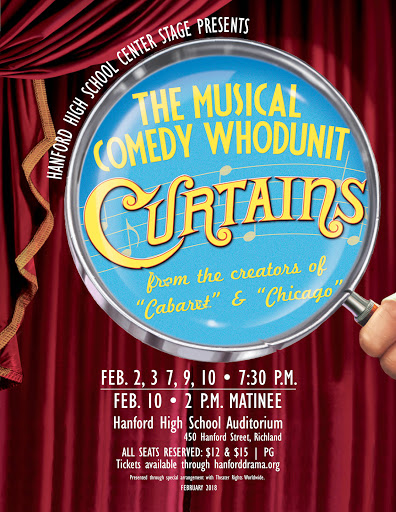 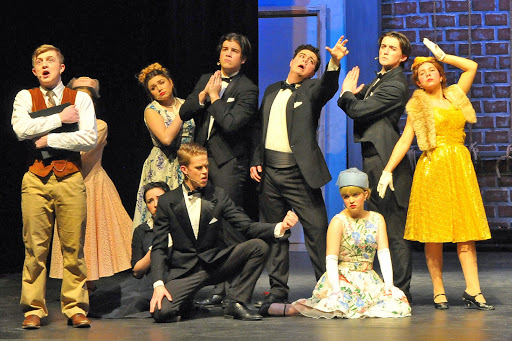 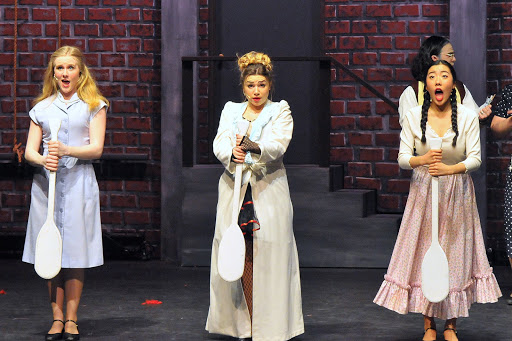 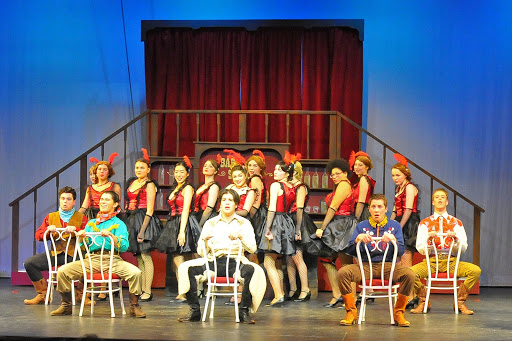 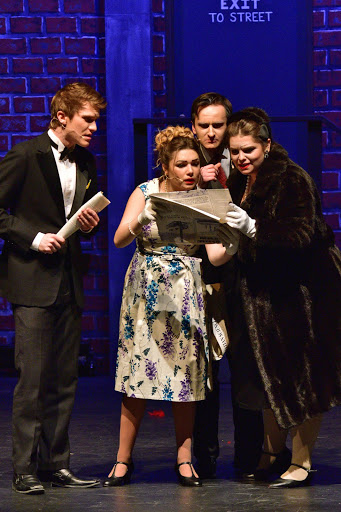 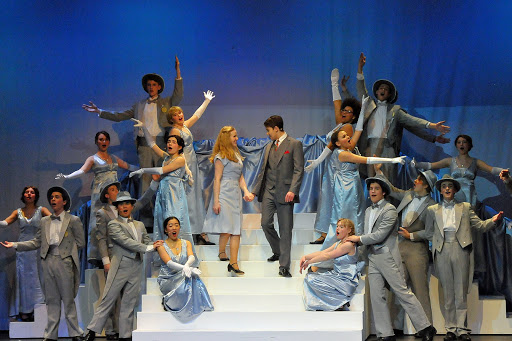 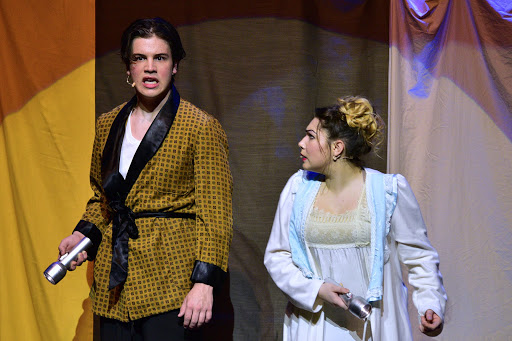 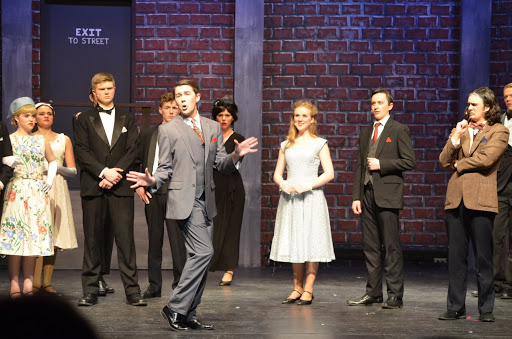 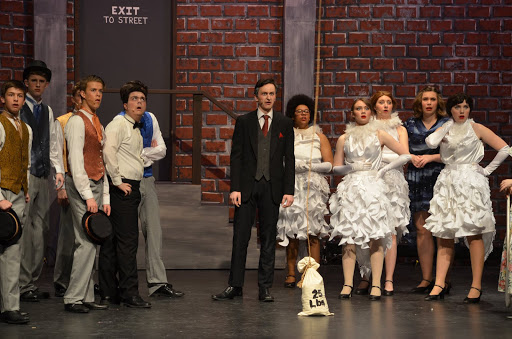 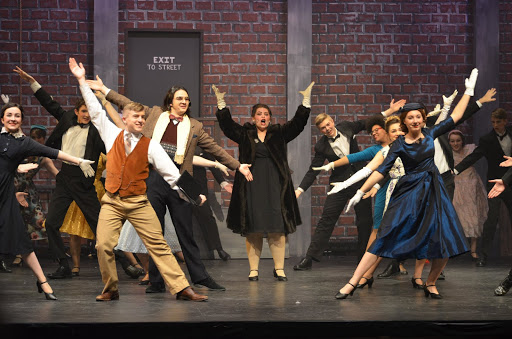 Thanks to Bruce Carpenter and others for Curtains photos. Click on any image thumbnail to link to high-res image.